Artifishal (Full Film) | The Fight to Save Wild Salmon 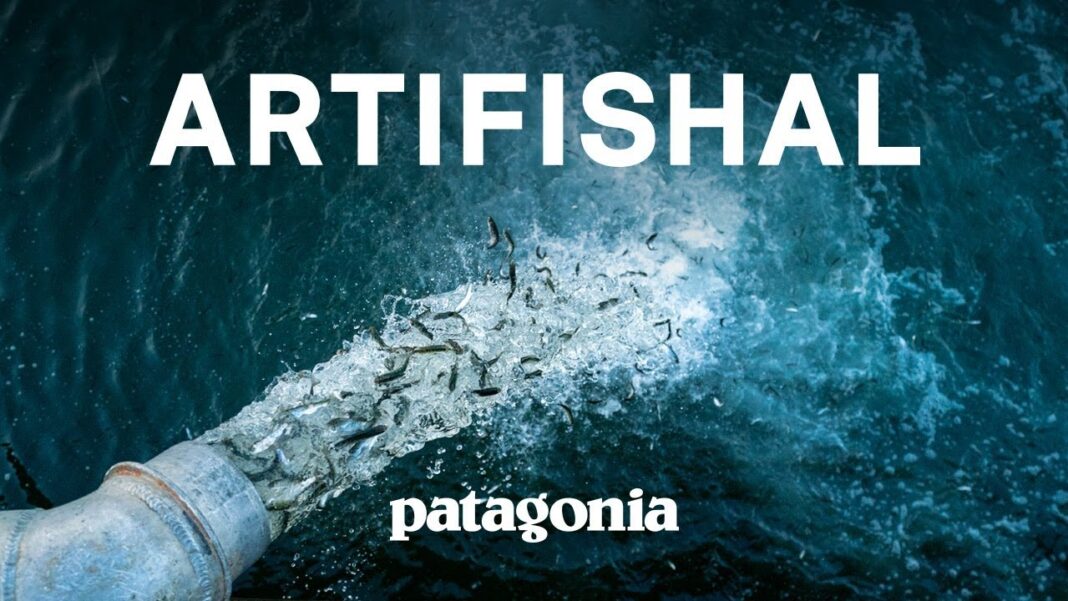 The title of this article is misleading. It should read ‘don’t relax – salmon farms and hatcheries are kinda fucking things up’ instead of ‘Re: LAX’, but I like to play with words, and I couldn’t help myself. But hey, maybe the juxtaposition between the title and the correction just made has piqued your interest enough to keep reading and learn a bit about how the salmon you are eating may be fucking a fjord near you!

Statement of fact – when I moved to Sweden all those years ago, one of the consolations for the fact that it would be dark, cold, and pretty hard work was the fact that there would be so much diversity in how I could enjoy salmon. Aussies are generally limited to enjoying slithers of smoked salmon on break with creamed cheese, or for those more into salty bi-valves,  draped over a natural (raw) oyster with a dollop of sour cream and a dusting of black caviar (a ‘Princess Oyster’ and one fit for a princess like me…). Aussies might also just buy a salmon steak and over-cook it but tell themselves they’re enjoying it.

I loved salmon before I moved to Sweden, but that love went to a new depth once I was introduced to cold-smoked salmon. My life was never the same since.

ARTIFISHAL is produced by Patagonia Founder Yvon Chouinard. The film addresses wild fish, wild rivers and habitat destruction as a result of fish hatcheries and fish farms. It’s beautiful and emotive in its storytelling, and compelling. It’s also brutally honest in its depiction of the consequences of the salmon farming industry. Pun intended – eating salmon becomes hard to swallow after watching this film.

There is a high ecological, cultural and financial cost for our mistaken belief that engineered solutions can make up for habitat destruction. When watching ARTIFISHAL your eyes are truly opened to the hard facts that fish hatcheries and fish farms hinder wild fish recovery, pollute rivers and contribute to the problems they claim to solve. The film also provides a rare glimpse into Open Net Fish farms in the Nordics and elsewhere that reveals the diseased and deformed fish we have been consuming, blissfully ignorant of the horror show of their lives.

Get rid of the idea that the salmon on your plate made the noble journey upstream and against the odds to spawn and then be caught and delivered to your plate with a sprig of dill on top. There really is nothing pretty about how these fish are kept and how their waste by-products are dealt with. The film highlights this disease and destruction in a beautiful fjord near Alta, Norway. The underwater destruction and disease caused by an open-water fish farm are seen firsthand as activists record the devastation. It’s shocking, and my words aren’t enough to paint the picture.

The plight of salmon globally is a concern for all of us. They play a critical role in ecosystem stability and constitute an important source of protein for many indigenous people as well as consumers around the world.

This film is not a call to go vegan, but instead an awareness raiser for politicians to legislate better the industry and also to help consumers make more informed choices about the fish they eat. There are ways for us to have salmon on our plates and have a healthy and abundant stock of them in our rivers and oceans. But the way things are currently going, all that is at risk.

The deeper issue is best said by Yvon Chouinard himself:

“Humans have always thought of themselves as superior to nature and it’s got us into a lot of trouble. We think we can control nature; we can’t… If we value wild salmon, we need to do something now. A life without wild nature and a life without these great, iconic species is an impoverished life. If we lose all wild species, we’re going to lose ourselves.”

Some final things to know before you watch ARTIFISHAL:

The majority of European salmon farms are in Norway and Scotland where they have been wreaking havoc on coastal ecosystems. Open net fish farms are a key contributor to the dramatic decline of wild Atlantic Salmon and the industry is set to expand exponentially in the pristine fjords of Iceland and continue to grow at alarming rates around Norway, Scotland and Ireland. These massive open net pens allow the free flow of disease and pollution into the surrounding environment where wild salmon and sea trout are struggling to survive. In the last 40 years, the population of Atlantic Salmon has dropped from ten million to three million and if we fail to protect their habitat, they could soon become an endangered species.