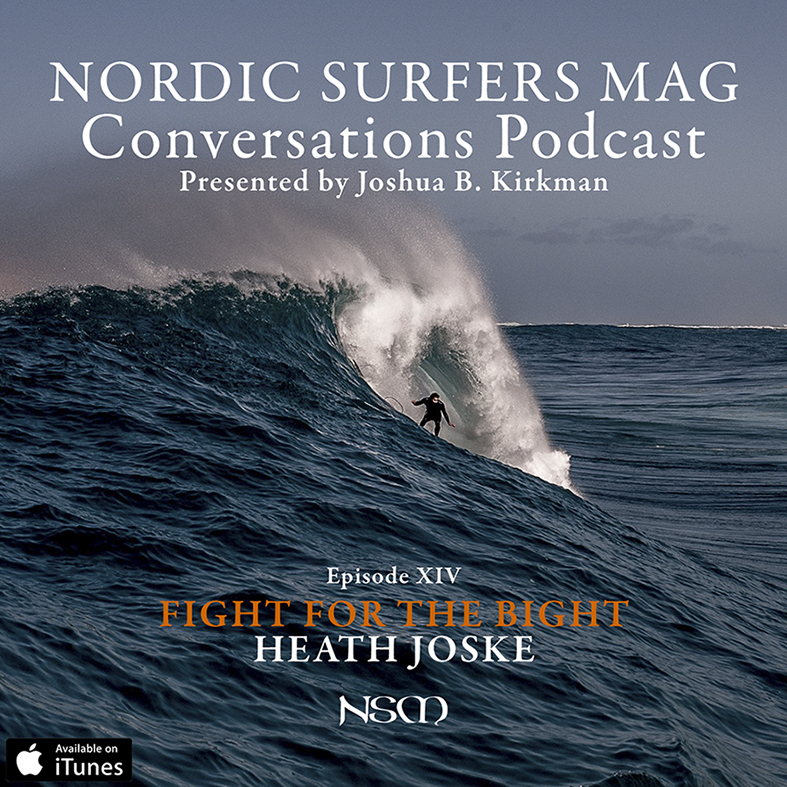 Welcome to the 14th episode of the Nordic Surfers Magazine Conversations Podcast which features Patagonia ambassador Heath Joske. This is a special podcast that covers the ongoing Fight for the Bight against Equinor in Norway from Heath’s perspective on the frontlines in South Australia. Hosted by NSM Associate Editor and Senior Writer Joshua B. Kirkman this special edition of the podcast series will include interviews with the key stakeholders involved in resisting Equinor as well as members of a delegation of concerned environmentalists, Traditional owners and surfers who are making their way to Norway to show the leaders at Equinor that drilling in the Bight simply isn’t right.

If you have been living under a rock, the Fight for the Bight has seen protesters in their thousands ‘paddle-out’ at beaches around Australia to send a clear message to politicians in Australia and Equinor that the surfing community will not stand for this proposed drilling for oil in Australia, or in other sensitive marine environments. This is a unique time in history where surfers are taking a stand in large numbers – the ground swell is real.

This podcast episode covers many things, but the most important message we want to bring to you right now is that there is a paddle out protest against Equinor scheduled for this Sunday the 12th of May at Salt in Oslo, and if you want to participate more information can be found here

There are also other actions planned and NSM will be sharing details as they are confirmed.

For now, hit play and learn a bit more about the Fight for the Bight from Heath Joske and if you are in or around Oslo, think about jumping in your wetsuit this Sunday and take part in something historic for the planet.