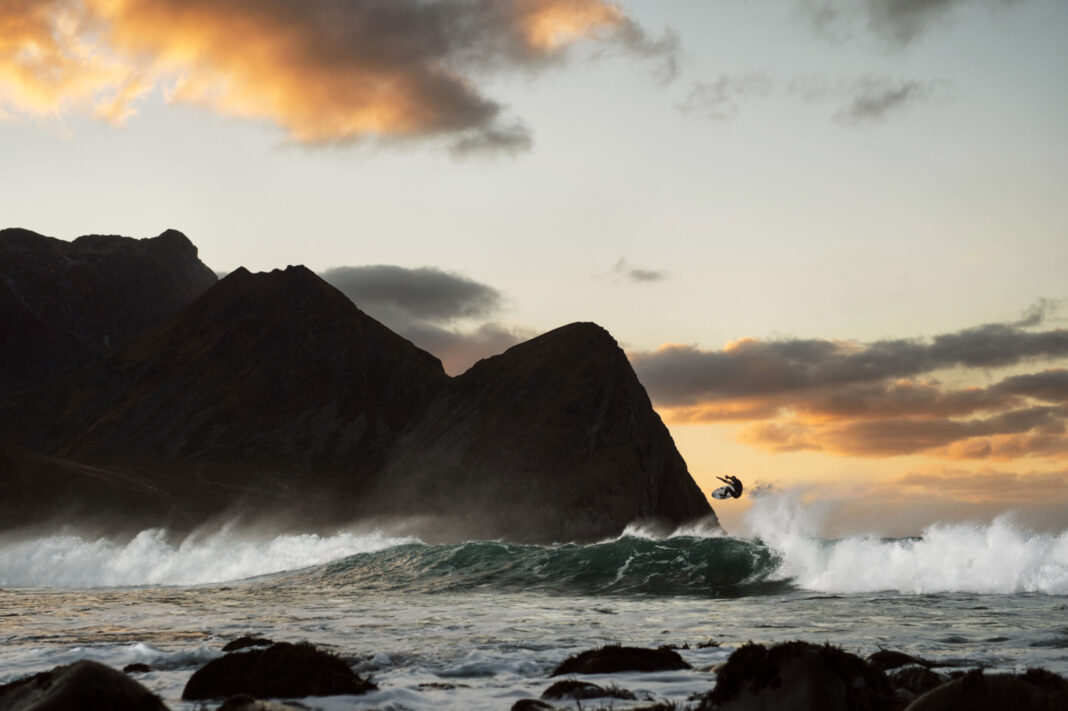 Hopefully by now you’ve seen the incredible imagery with Mick Fanning surfing beneath the Northern Lights in Lofoten (…if not, link at the end of this post) but here comes some additional stunning photos

Fanning teamed up with Norwegian photographers Emil Sollie and Mats Grimsæth as they sought to capture that one elusive moment of surfer and natural phenomenon squaring off, and no one ever said that was going to be easy.

“The shoot itself was tricky. We sat out for two nights in a row waiting for the lights to come. I found myself half asleep, jumping in a wetsuit and heading out!”

”When I first came in, I thought we had nothing but it is pretty amazing what the boys could capture.”

“I count myself lucky I had the opportunity to do so. It’s another world up here in Norway.”
Mick Fanning

WATCH The FULL film  on REDBULL.COM >>>